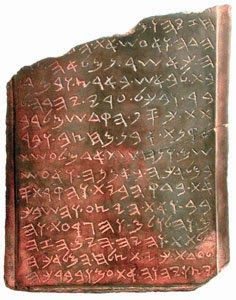 The Jehoash Inscription (JI) is a 15 line Hebrew inscription that is said to have been discovered in the Muslim cemetery near the eastern wall of the Temple Mount in Jerusalem. The inscription is a royal declaration (see translation below) describing repairs to the Temple by King Jehoash (or, King Joash of 2 Kings 11-12 who reigned 835-796 BC). The ancient Hebrew text is in agreement with 2 Kings 12:1-16 and 2 Chronicles 24:4-14.
The patina (a thin layer produced by age that forms on the surface of stone) is believed to be from antiquity. According to an article by Hershel Shanks in this month's Biblical Archaeology Review (July/August 2014) the patina of the Jehoash Inscription stone contains gold globules between 1-2 micrometers in diameter. Gold in this form is not available commercially. Ernst Pernicka, a gold specialist from the Eberhard Karls University of Tubingen and professor of archaeometry and archaeometallurgy, explained that gold melts at 1,947 degrees Fahrenheit and boils at 5,378 degrees Fahrenheit. When gold melts it forms into larger droplets. After considering the micrometer gold droplets in the ancient patina Pernicka agrees with the international team of scholars from Israel, Germany and the United States that had previously said, “Our analyses strongly support the authenticity of the Jehoash tablet and its inscription.” This Jehoash Tablet would have been displayed on or near the Temple beginning around 820 BC. This royal inscription would have fallen to the ground and been engulfed in the same intense heat of the flames that consumed the Temple and turned the temple's decorative gold molten in 586 BC when Nebuchadnezzar destroyed Jerusalem. 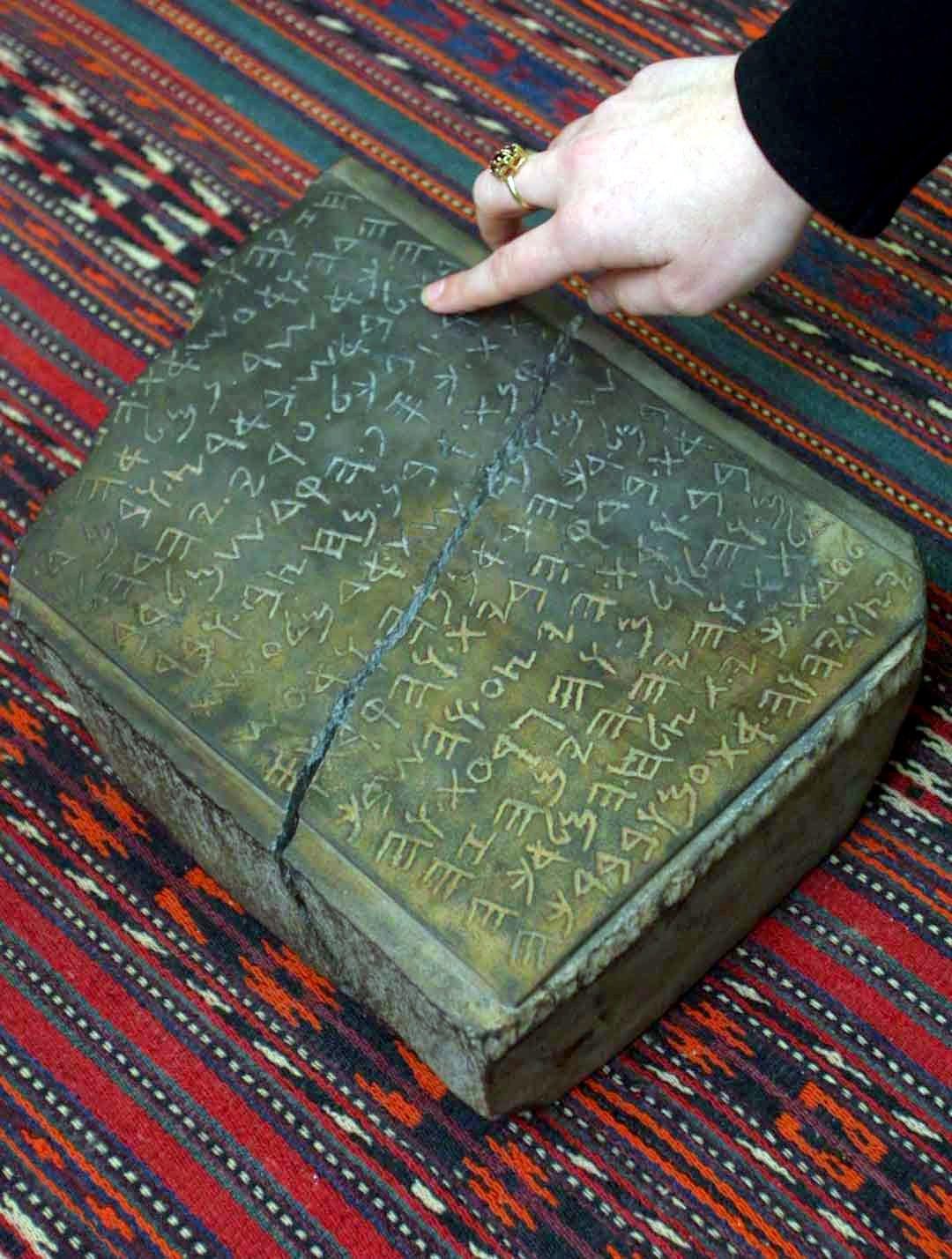 (Access a good article with insight and detail here) 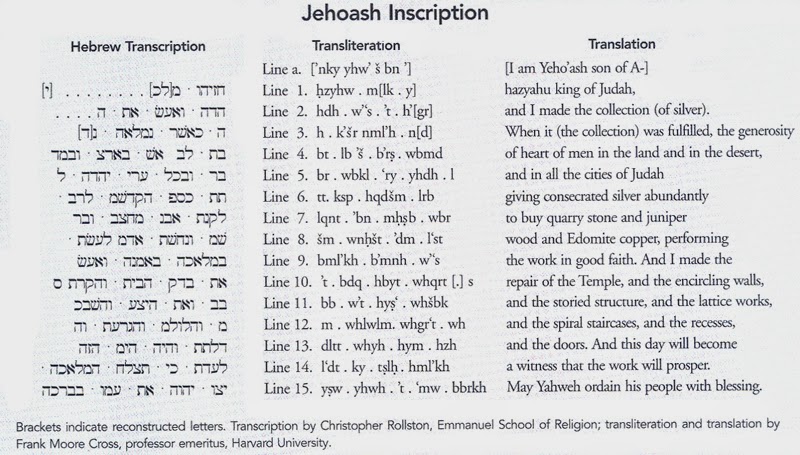 The tablet inscription is in ancient Hebrew pictographs, but you " Hebrew inscription" is in a later form of Hebrew. That doesn't make any sense.

Understood. Consider it an update for translation purposes.

Generation Word Bible Teaching Ministry
Galyn and Toni have been married for 39 years and have six sons ages 24-36. They are a former US Marine, a Colorado snow board coach, a Captain in the US Air Force, a businessman in Michigan, a literature teacher in Taiwan and another son who is a Sergeant in the USAF. Galyn teaches Bible class three times a week. He is a middle school shop teacher and a former high school coach. Galyn is the author of "Hope for America's Last Generation" and the 450 page textbook "Framework for Christian Faith". His most recent book is "Jerusalem: History, Archaeology and Apologetic Proof of Scripture." He has distributed at no charge over 100,000 cds into over 40 countries and is listened to online daily by people in the U.S., Europe, Asia, Australia and Africa.