Blame Pastors and Parents, Not Schools and Sitcoms

Pastors and parents often try to blame the government and public schools for the cultural decline of our American society. They also throw sitcoms and Hollywood into the boiling cauldron of responsibility. But, the truth 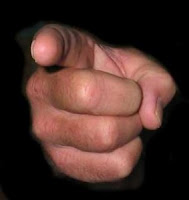 of the matter is our children have been lost long before sitcoms, schools and socialism got a hold of them.

Only 19% of a group who call themselves born again have a Christian worldview? (See Barna Research) If pastors were actually teaching the Bible maybe people would believe in absolute truth, a creator, biblical principles of society, sin, the sin nature of man and the existence of evil. Read this except from Barna's report and maybe you can see how far gone we are as a society. If you do not understand this ask your pastor to explain it. He will not be able to and, most likely, will disagree with it, which is why you can kiss your way of life as you know it good-bye!

"The research data showed that one pattern emerged loud and clear: young adults rarely possess a biblical worldview. The current study found that less than one-half of one percent of adults in the Mosaic generation – i.e., those aged 18 to 23 – have a biblical worldview, compared to about one out of every nine older adults."

0.5% of people ages 18-23 believe in absolute truth, a creator, sin nature, the existence of evil, marriage, family, etc. Now, the argument would be that they once did before they graduated from our public schools, went to our morally corrupt universities and started seeing Hollywood movies. But, you do not have the numbers to support this. These kids are lost before their parents are done with them.

Fix the pulpit and the parent and you will fix society.

A corrupt pulpit and a compromised parent will end a Christian culture.

The pulpits and the parents will blame the public school, television and government, but what else would you expect from irresponsible people with no Christian perspective.

Generation Word Bible Teaching Ministry
Galyn and Toni have been married for 39 years and have six sons ages 24-36. They are a former US Marine, a Colorado snow board coach, a Captain in the US Air Force, a businessman in Michigan, a literature teacher in Taiwan and another son who is a Sergeant in the USAF. Galyn teaches Bible class three times a week. He is a middle school shop teacher and a former high school coach. Galyn is the author of "Hope for America's Last Generation" and the 450 page textbook "Framework for Christian Faith". His most recent book is "Jerusalem: History, Archaeology and Apologetic Proof of Scripture." He has distributed at no charge over 100,000 cds into over 40 countries and is listened to online daily by people in the U.S., Europe, Asia, Australia and Africa.